When Ben Glenn was in the third grade, his teachers punished him for doodling in class. If you would have told 9-year-old Ben that decades later, he would not only pursue art as a career but also use it as a means to inspire and motivate people all over the country, he would have thought you were crazy.

“I learned art was evil,” Ben says. “I never messed with it. I was never interested in art or creativity.”

Now, the Minnesota native is known across the country as the “Chalkguy” and is running a successful business where he gives motivational talks and creates large, unique chalk drawings on the spot. The 45-60-minute show is all with the goal of inspiring audiences of all faiths and backgrounds. And it all started with a talent for doodling.

Ben is the featured speaker at a high school convocation where he inserts humor, creativity to capture the audience and inspire students to move beyond their individual obstacles

“I took art in high school and had a great teacher who every day would say, ‘you can do something with art,’” says Ben, “but I was more interested in sports.”

Ben’s outlook changed in college when he spent a summer working as an intern at a camp for kids that included a similar motivational speech and art performance component. After learning more about chalk art, he and his brother decided to take their own version of the show to other venues, camps and conferences.

“My greatest fear in life was public speaking,” says Ben. “He did the talking and I did the drawing. Eventually, he said, ‘you got to get over this. I will teach you to speak and develop confidence if you teach me to do art.’”

Ben did, in fact, learn to get over his fear of public speaking, so much so that his inspirational talks have brought him to perform in front of major corporations, conferences filled with celebrities and even the Indianapolis Colts and Clemson University football teams. But his fear of public speaking wasn’t the only challenge he faced for most of his life. Ben also has attention deficit disorder, or ADD, but didn’t know it until he was an adult.

“In grade school, I was falling behind in academics and labeled dyslexic,” says Ben. “I was required to receive certain accommodations through schooling.”

Ben was officially diagnosed with ADD a few years after he and his wife got married.

“I probably drove her nuts,” Ben jokes. “She did her homework to learn about ADD and I was officially diagnosed by a psychologist.”

After the diagnosis, Ben learned all he could about ADD, saying all of a sudden, his life experiences made much more sense, like why it was so hard for him to stop doodling in class as a young student. He says on his website, “ADD impairs a person’s life when that person is trapped in an ADD-unfriendly environment or does not possess the information needed in order to deal with their symptoms… Ben’s mission is to share what he has discovered and continues to discover daily about ADD. Ben has even authored several books revolving around his childhood, his life with ADD and his faith.

Working to inspire others through his art and educating communities about ADD may seem time-consuming enough, but Ben doesn’t stop there. Seven years ago, he took a trip to Target with his two daughters around Christmas time that changed their lives and the lives of hundreds of other children.

“I was concerned they were getting selfish,” says Ben, whose daughters were seven and five years old at the time. “I want to create teachable moments that will help them remember the lesson. It’s so much more valuable to let them experience something.”

Ben took his daughters to Target and told them they could each pick out one toy. They both picked out large, pricey Lego sets. After purchasing the toys and taking them home, Ben told the girls they were going to wrap and give the Lego sets away. His daughters didn’t take it so well.

“One of my daughters was screaming and yelling at me at the top of her lungs and I thought, ‘Oh, this just went sideways,’” says Ben with a laugh. “‘I said guys, Lego is the most expensive toy there is. There are kids out there who will never, ever get to play with a Lego. We’re going to give these away.’ It literally took me about 45 minutes to get them convinced. My younger daughter might still be mad at me.”

Ben’s oldest daughter warmed up to the idea more quickly and gave away her Lego set, then asked if they could do it again the next year. The following spring, she and a friend began asking neighbors and friends if they had used Lego sets to give away. They cleaned and refurbished ten sets and donated them to other families, then went through the whole process again the following year.

One of those early recipients was the child of a single mom, Christina Huffines, in 2013. The particular set she received was packaged by a local church Ben had partnered with to help get the mass quantities of Lego donations wrapped and sent out in time for Christmas. Christina read the card that came with the Lego set and called the church whose name was listed on the card to see if they could help her and her daughter in a time of need.

“My family connected with Mercy Road because of the Legos,” says Christina. “My daughter got involved with the junior high ministry. Now at 15, she is an intern for Ben in the summers, cleaning chalk and sorting Legos.”

Mercy Road Church helped Christina get back on her feet, but also inspired her to create her own non-profit called Dotted Line Divas to help other single moms. And it all happened because of a Lego set.

“The rest is history,” says Christina.

Seven years later in 2018 alone, the Lego Drive gave away 984 Lego sets valued at over $30,000 to children at local hospitals, including Riley Hospital for Children, Peyton Manning Children’s Hospital, the Ronald McDonald House and more. On each of the Lego sets is a sticker with the message, “Lego is the best and we want you to know that you are worth the best. Enjoy your new Lego.”

While Ben strives to inspire others, his own inspiration in everything he does comes from his faith in Jesus Christ. Though his chalk art shows and speaking engagements don’t always center around the message of hope and grace found in Jesus, he’s using every opportunity God gives him to show others the love of Christ.

“The relationships I get to build and develop have become my favorite part,” says Ben. “I don’t always try to rush out to a flight. I’d rather enjoy time with the clients and people.”

It’s that Christ-centered and people-focused perspective that Ben says shapes his entire view of life and is the most important message he wants others to hear.

“Once you do your job, that event is over. You’re not guaranteed another. If you’re always looking forward, you’re not enjoying today,” advises Ben. “I realized there is no destination, just moments, and you never know when they’re going to come, and that attitude has created a lot of joy.”

Learn more about the Lego Drive at giveyourbricks.com. 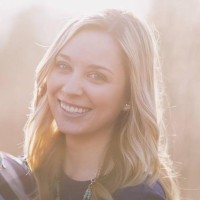 Christina Griffiths is an Emmy-award winning communications professional and writer.

Longing for the King