is solved on Saturday Nights.

“Our church is not a cruise ship and we’re not here to make you comfortable,” says founding pastor of Fellowship Monrovia, Albert Tate. “Our church is a battleship and we’re committed to the kingdom of God.” The depiction in Dr. King’s rebuke, according to Albert, is what happens when our churches focus too much on comfort.

If, upon walking into Fellowship Monrovia, the surprising level of diversity doesn’t tell you something is different about this church, statements like the one above certainly will. This church, located in Monrovia, California, is unique. This pastor is unique. And in just seven years, it has grown from a radical idea to a congregation of 3,000 people.

Why is it growing so fast? Albert sums it up this way:

We are all about the gospel bringing us together, and that means we do life with people that don’t look like, sound like, or live like us.

Albert witnessed the reality of Dr. King’s quote first hand. Growing up in an all-black church in Mississippi and then working at a predominately white church in Pasadena, California, Albert says he “began to get a thirst and a hunger to see what it would mean for us to have a multiethnic, gospel-centered church where we all worship together.” He thought about the picture reflected in Revelation 7:9, where “a great multitude…from every nation, tribe, people and language” are worshipping God. “I said to myself, ‘Man, if this is what heaven is going to look like, we better start practicing now,’” recalls Albert.

Now almost seven years later, Fellowship Monrovia truly is diverse. They don’t just have one or two people of color on the staff and make sure to always use diverse stock photos in their marketing. This church is comprised of really diverse people doing life together. It’s part of the DNA Albert helped foster.

The Challenge is “How”

For this to really work, Albert believes diversity has to be at the core of your life to be at the core of your church. “If those virtues aren’t in your life, but you’re trying to co-opt them into the virtues of your church, it’s just not going to happen.” Albert goes on,“we grasp Sunday morning, but we underestimate the power of Saturday night. If Sunday morning is to be diverse, your Saturday and Friday night hangout time must be diverse.”

Albert’s small group was the first to hear of his idea for starting the church. That group was comprised of people from Europe, Cambodia, Puerto Rico, and Southern California. When they heard his plan, they were all in. “On day one, I’ve got diversity [in my church] because it was reflective of my life. A lot of times we really overthink it.”

Albert’s theory, then, begs some questions to be asked: Who do you spend your Saturday nights with? What kinds of people are influencing you on a daily level? Are they all of the same ethnic, racial, or economic demographic? Because, according to Albert, you have to want a multicultural life before you can have a multicultural church which reflects that.

Survey The Markets, Not “Experts”

With any new venture, you’re going to have supporters and doubters. The doubters told Albert that it would be hard to get people to worship together. “They said people that don’t look alike, don’t live alike, don’t vote alike —it’s going to be hard to get them in the same room. It actually wasn’t at all,” reports Albert.

Albert says he was shocked by how many everyday people told him they really wanted this in their churches. The people in the pews wanted it; the problem was there weren’t enough courageous leaders to go after it.

But for Albert, sitting back wasn’t an option. “I know what it’s like to sit as the only black student in a predominantly white bible college and know what happens when we don’t understand each other’s story, when we don’t know each other’s journey,” he says, adding that “there was clear frustration [amongst the student body, me included] from the lack of empathy and lack of consciousness about race and diversity and reconciliation.”

Albert sees this lack of diversity in our houses of worship as a stumbling block to our ability to come together as a community and as a nation. We live in a time where so many Americans do not display evidence of an ability to extend compassion to those with whom we disagree.

But Albert suggests it is very common for people of faith to be in the same boat. “We don’t worship together,” he comments. Albert challenges the sometimes all-too-familiar reality that we can come and worship a God who is all about love and compassion, and talk about those things on Sunday morning, but not have it play out in our day-to-day and in our communities.

“There was a lot of frustration because I see the potential of what we can be if we come together, because we truly are better together. And when we’re not together,” explains Albert, “I can see the damage. Just turn on CNN or Fox News and you can see the carnage of what happens when the church looks like the world. We’re just talking heads and talking in circles, spending time with people that agree with us and there’s not change happening in the world.”

Worship is About God, Not You

Convinced that the style of worship can be one of the bigger dividing issues in a church, the leadership team decided to make it a secondary priority. Fellowship Monrovia’s music is intentionally diverse. Albert and his team took a road less traveled—to not make it about what people like.

“It’s not a priority for us for you to like our worship. We really don’t care what you like to hear. It’s not a priority because worship is about God, not about you, so I used to say from the platform often,” admits Albert. “My hope is that there’s at least one song you don’t like every week because that guarantees that we’re probably attempting enough diversity to give people not just one palette of worship.”

We really don’t care what you like to hear. It’s not a priority because worship is about God, not about you.

The “how” of worship takes a back seat to the “who” the worship is about. “I wanted to create a culture that doesn’t seek to see how comfortable you can be on this cruise ship, but do you feel the mission of this battleship?”

Albert’s church is also not afraid to push people out of their comfort zones and abandon the script to follow the prompting of the Holy Spirit. One unusual Sunday found the people of Fellowship Monrovia engaging in an open and public confession. Albert and the staff preached about doubt and faith and how those two concepts are intertwined. After sharing that you can’t have doubt without having faith to begin with, Albert started things off with his own confession.

“We talked about the power of telling the truth about where you are and not allowing guilt or shame to keep you silent.” Albert’s confession followed with an open mic confession. “I went first, and I confessed areas of struggle and sin in my life.”

For the next hour, the congregation followed suit. Just the thought of it could cause many church goers and pastors alike to nearly break out in hives. But on this Sunday, guilt and shame were dethroned, the results of which were life-changing. “One lady confessed that she was addicted to food,” shares Albert. “She couldn’t stop eating and she was ashamed of her addiction and ashamed of how she looked. Well, after that Sunday of confessing and getting free—because sin keeps you in bondage—a year later she gave her testimony. She lost over 100 pounds in the year following that confession Sunday.”

In another example, on Valentine’s Day in 2016, Albert was about to preach, and he felt the Lord prompting him to open it up to anyone who wanted to be baptized. They had scheduled a couple of baptisms for that service, but he felt that God was calling him to invite others. And others did come; 120 others, to be precise. He called on the other pastors to speak with each individual and make sure they understood the step they were taking, and then away they went.

Many pastors might be overwhelmed by such an unexpected change in the direction of the service. But at Fellowship Monrovia, they’ve come to expect the unexpected—even the unexpected baptisms. “They went home soaking wet in the clothes that they came to church in. It was absolutely powerful.”

Albert acknowledges that you have to be willing to take risks and be thought of as a little crazy to do what he does. But how the world views him is of no importance in the face of his mission. And that means putting the emphasis on reaching the lost and not catering to people who have become too comfortable in their walk with God.

“I want to fight for the person that’s not coming to church and doesn’t know Jesus yet. And what usually stops them or hinders their experience are church people that have been walking with Jesus for years. So often, I think we make them too much of a priority and we need to make people who haven’t come to Jesus the priority.”

Living on mission can be contagious. So, for those who are not pastors but want to become leaders for Christ in other ways, Albert offers this advice: “Once you get a vision and a conviction, then you really fight for that. It’s not even about being strong for strong’s sake, it’s being strong because I’m fighting for somebody, for something bigger than me and if my people will ever get a taste of what I’m fighting for, then they’re fighting with me. Once they see people coming to Christ and see people being baptized and hearing testimonies that are not from 20 years ago but from two days ago, it’s amazing what happens to us. We care a lot less about what’s happening on Sunday morning and start to care a whole lot more about what’s happening in the cubicle at our job, and in the hearts and lives of our neighbor.”

HOW TO LIVE IT OUT

Dethrone comfort: Lean away from letting it direct your endeavors.

Do life together: Seek relationships with people who are different from you.

No easy fix: It must be a lifestyle change, not just a ministry tweak.

Don’t give up: Stand up and overcome opposition and negativity.

Mirror Image: The worship service should reflect and represent the diversity of the people you hope to have sitting in the pews.

Keynote Speaker
Albert will inspire & challenge you this fall in Indianapolis. Save your seat at The Multiply Conference 2018. 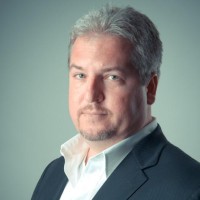